“Previously on The Working Rider” –  Goals were made, dreams were broken, confidence shattered, and the Working Rider was completely ill prepared for what became the most trying horse show experience of her life. Stay tuned for more!

It was suggested on the Chronicle of the Horse Bulletin Boards that my blog is like following a soap opera. Although I’m not sure how to digest this allegory, I can’t deny what might be an accurate description.

So first, for the big announcement of the day, yes I am pregnant! I found out in mid-January. Being the reasonable person I am, the only logical thing I could think to do was to add two weeks of showing in Gulfport onto the already planned four in Wellington. I mean, why not? If everything worked out it would be my last showing (horses) of the season and what could possibly go wrong with this plan? Not even one thing. Hahahahahahhahhaaha

Really, considering it was my first trimester, I wasn’t affected that much. But between 12-16 hour work days (work was crazy crazy), 6 am hacks, stressful showing, and often hanging up on my last conference call after midnight, I flat out did not have any energy to do anything. Including write this blog. I took notes, dreamed of the days when my fingers would fly across the keyboard chronicling my days, and hoped that I would return to writing when things settled down a bit.

That day is today, and thus I continue with….

I think we can all agree that Day 1 should really just be forgotten about. I retired from the eq ring eons ago, and maybe I should have just stuck to my hand dropping, shoulder hunching guns. DC was just showing me the light that I didn’t want to equitate anyway and Medals are for those just graduating into the younger adult section, not those about to graduate from it. By the way, freaked out about my last younger year? Nooooo not me!

I began Day 2 with much excitement of getting back into the show ring with my ever trusty TJ. If there ever was a confidence builder, he is it. Having owned him for exactly 7 years now, we’ve built a relationship of just knowing that the other side will be there for better (International Derbies! Championships! 3’6 hunters) and for worse (Crashes! Lameness! Choke!). TJ is currently leased to a lovely adult rider who lets me borrow him on occasion for my own enjoyment and some assurance that I am more than just a monkey with two feet in the stirrups.

The plan was to hack DC in the morning, while Kelley (a lovely young pro) did TJ, and then I would lightly jump TJ to start my confidence back up after the previous day. In even better news, my division was scheduled for the aforementioned Rost arena where I had had great experiences the previous year, AND felt very ready for. I thought about having confidence, but then realized that was a terrible idea.

DC hacked great for me, light in the bridle, forward off my leg, and in a generally pleasant mood (as we know mood means a lot for DC). I hopped on TJ and honestly had some dead good riding going on. I was straight, had good rhythm, and was really finding the jumps nicely. Matt, being incredibly impressed that I could actually ride a horse and not just pretend like I used to know how, sent me away after only a few jumps to save him for later.

I’d love to say I spent the morning wandering the show grounds, doing some shopping, finding the best food, and having a generally good time. But, in light of my work demands, all of my days were spent looking something like this: 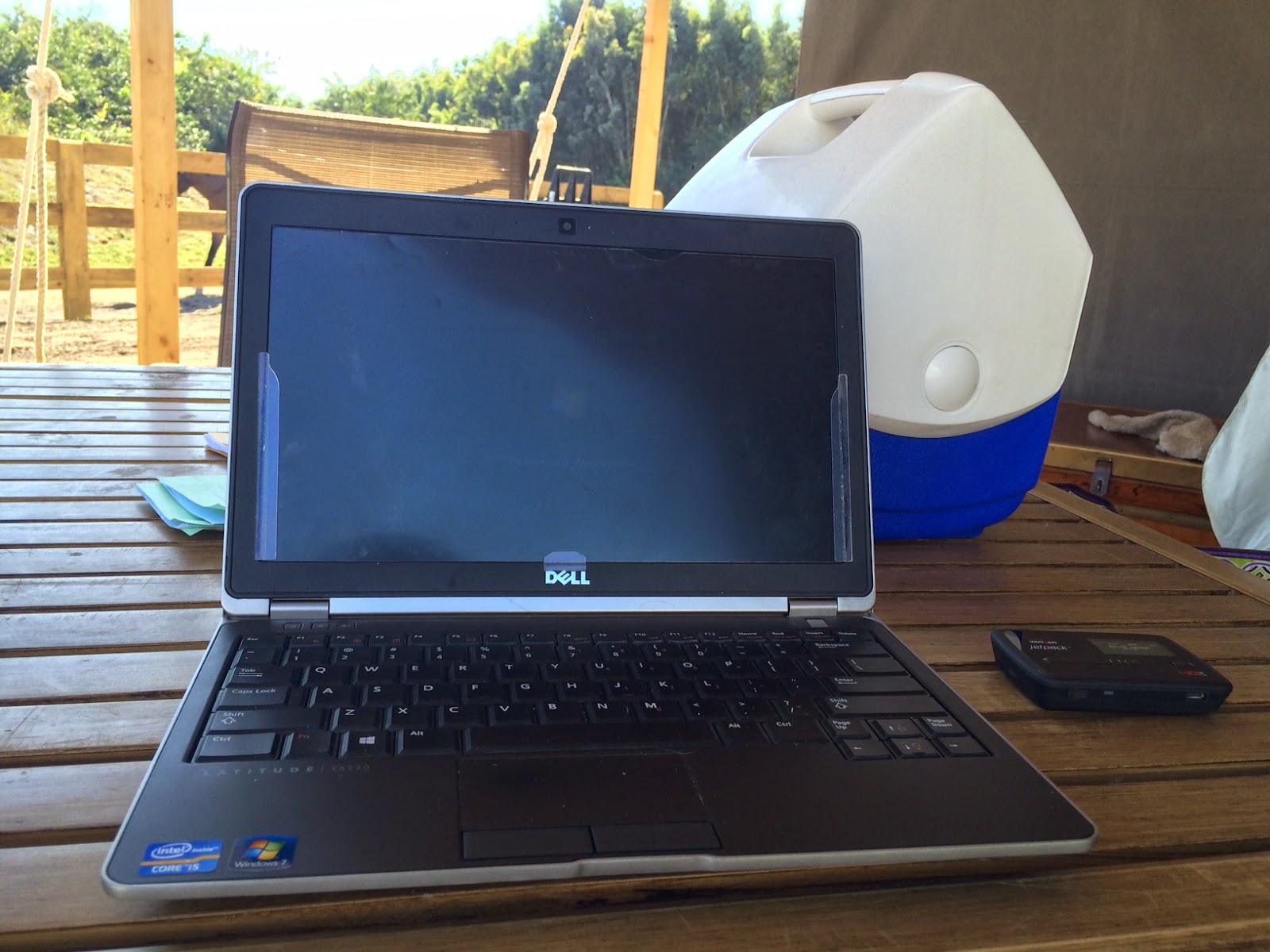 The working rider: Laptop, MiFi, and lunch in my cooler. I really know how to glam it up in WEF.

In the official order of go, I was 8th on DC and 17th on TJ. A little pleading and I was allowed to switch their places. I REALLY needed my TJ crutch to get me in the ring with a bit less “kick, pull, lean, miss” and a bit more “hand and leg together, rhythm, collection, straightness.” Riding is so easy; the horse does all of the work after all.

I wandered by TJ’s stall, and he definitely seemed ready to conquer the world. If TJ were to pick a hobby, sleep would be #1 on the list.

Warming up on TJ, I felt exactly as I needed to feel. I saw the jumps well, knew he would take care of any BS I were to throw his way in the ring, and ready. Since it was a Saturday, I as lucky enough to have a cheering squad/videographer in the sometimes roommate.

Looking back watching the video, you can almost see my nerves being expressed through his canter as I jittered my way around the course.

We were close, we were long, we had a hard rub, but we also survived, and were less than embarrassing.

For the Handy, I took a deep breath and actually did less jittering and more riding

I missed my inside turn after the trot jump, but my transition was beautiful, and it really was quite decent.

To be completely honest, TJ is not the winner at that level of competition, but he IS worth his weight in gold as he hauls my butt around the 3’3 A/Os and on the same weekend successfully navigates a Low Adult division. Not to mention the confidence he gave me getting on my gray beast.

Who basically was amazing. Given the fact that the previous day was a true torture session in the ring, I halfway expected the opinionated DC to come out with the opinion that horse showing wasn’t for him. Thankfully, though opinionated he’s also forgiving, and truly stepped it up in a BIG way.

We walked into the ring with a good calm, a confident stride and laid down a very nice course:

In the handy we were a bit sticky in the rollback, and our trot was a bit rough in the transition, but overall it was good as well. I even remembered my inside turn!

The line -> trot jump sequence was a tough one for many riders. I’ll tell you that although mine was not the best, it certainly wasn’t the worst, and I actually trotted!

In the end I jogged second and second on DC 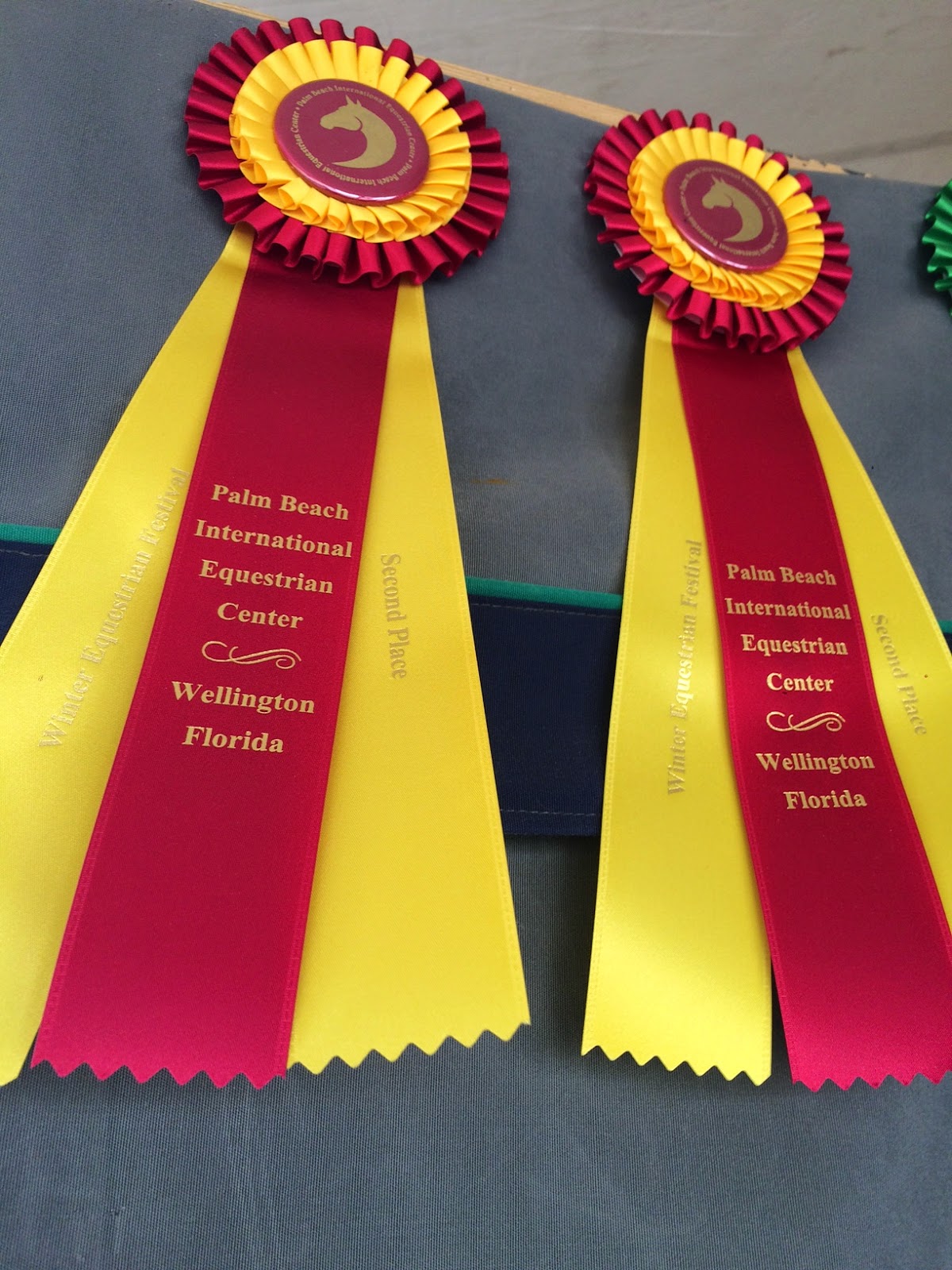 And even jogged 10th on TJ in the handy!


Considering we are going to pretend Day 1 didn’t exist, the "real" Day 1 could not have gone better. Two pretty red ribbons and a black horse that is the kindest animal in the world.