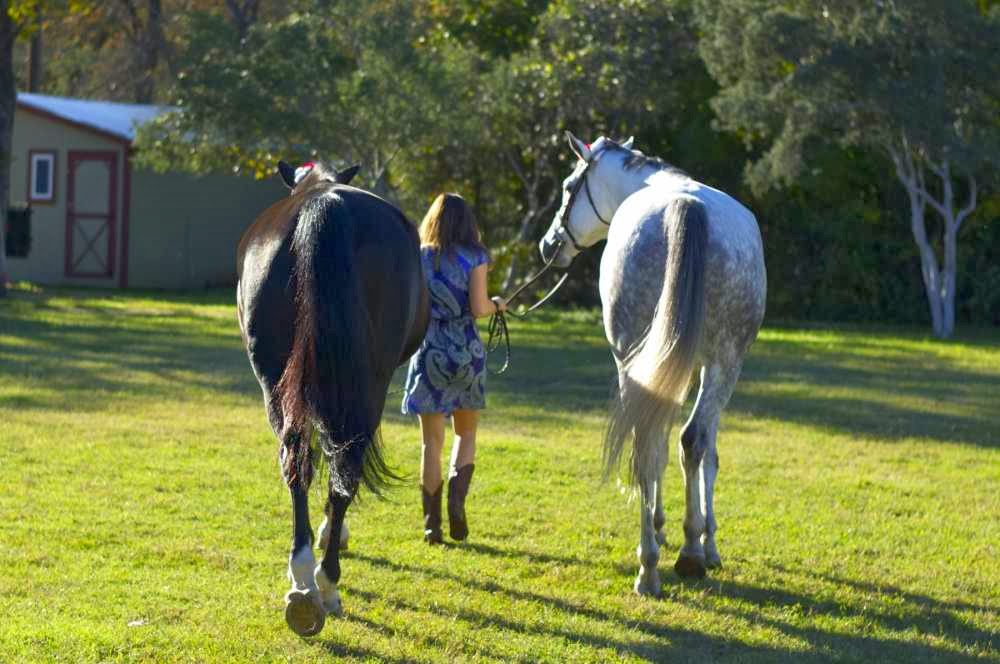 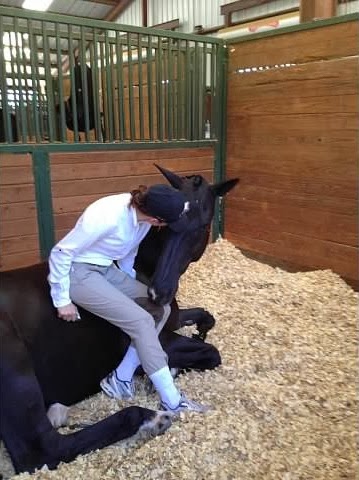 Toujours – 14yo 17.2h Black Trakhener gelding.  TJ is the kind of horse everyone deserves to know at least once in their lifetime, and I was lucky enough to have him as my own since 2007.  When I bought him, he was a 7yo dressage flunk out.  He is bred to the HILT to be a grand prix star, by Kostolany (grand sire of Totalis) and dam sire, Avignon II.  But TJ had other things in mind.  He simply didn’t like dressage, and as I have learned, what TJ doesn’t like, TJ doesn’t do.

TJ is stoic, kind, and once he trusts you, will do anything you ask.  I have asked a lot of him over the years, he has taught me how to be a better rider, how to really ride a hunter course, and how to put caution to the wind and JUMP!  He is currently on lease to a wonderful young lady, and to watch him now teach someone else what I taught him has been a true joy. 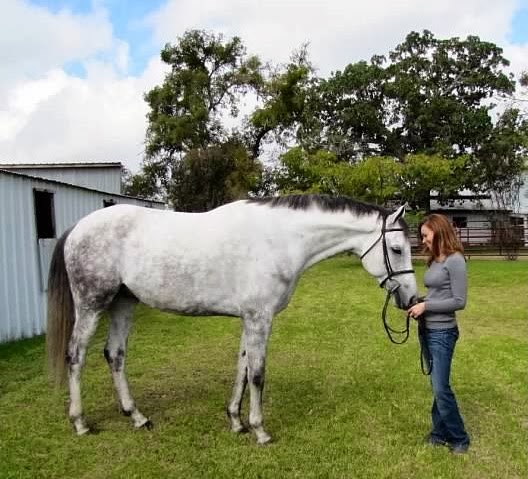 DDominicc – 7yo 17h Gray Oldenburg gelding.  The yin to TJs yang, DC is an expressive, flamboyant personality with plenty of thoughts on plenty of things he shares with everyone all of the time.  He too is a dressage flunky, by Domiro.  Flat work just isn’t is thing, he’d rather jump any day of the week and truly loves it.  I bought him at the end of his 4yo year, with only 90 days undersaddle as a long 3 year old.  He had sat in a pasture for the duration of his 4yo year, growing up and being a horse.

He has taken to hunters like a duck to water, and in two very short years, he has gone from hardly broke to winning at the 3’3 A/Os.  He is by far the most talented and prettiest creature I’ve had, and I’m very lucky that he is mine.