Chronicle of the Horse, they actually published me!

Honestly, until I got my first comment on facebook, I thought perhaps COTH was going to call me up and say "just kidding, we're going to profile someone who matters, let's say someone with a name like Margie or Beezie."

The chances were high really.

But, as it turns out they really were serious about publishing my article

AND adding me to their blog roll

Ok that's pretty much all I've got.

But really. What else can be said?

As alluded to in my last blog of 2014, there are some new and exciting things happening in the world of mis caballos and my little blog in 2015.

1. New barn! In a fortunate turn of events, two stalls opened up at a barn that is four, count them FOUR minutes from my house. Sometimes when traffic isn’t bad I can make it in three and a half. Please try to hold back your jealousy of my new commute. Granted, I am paying a premium for the location, but given the time I am getting back during my day, and that it’s directly on the way home, well worth it. Both horses seemed to settle right in to their new digs, and this is DC’s new view. 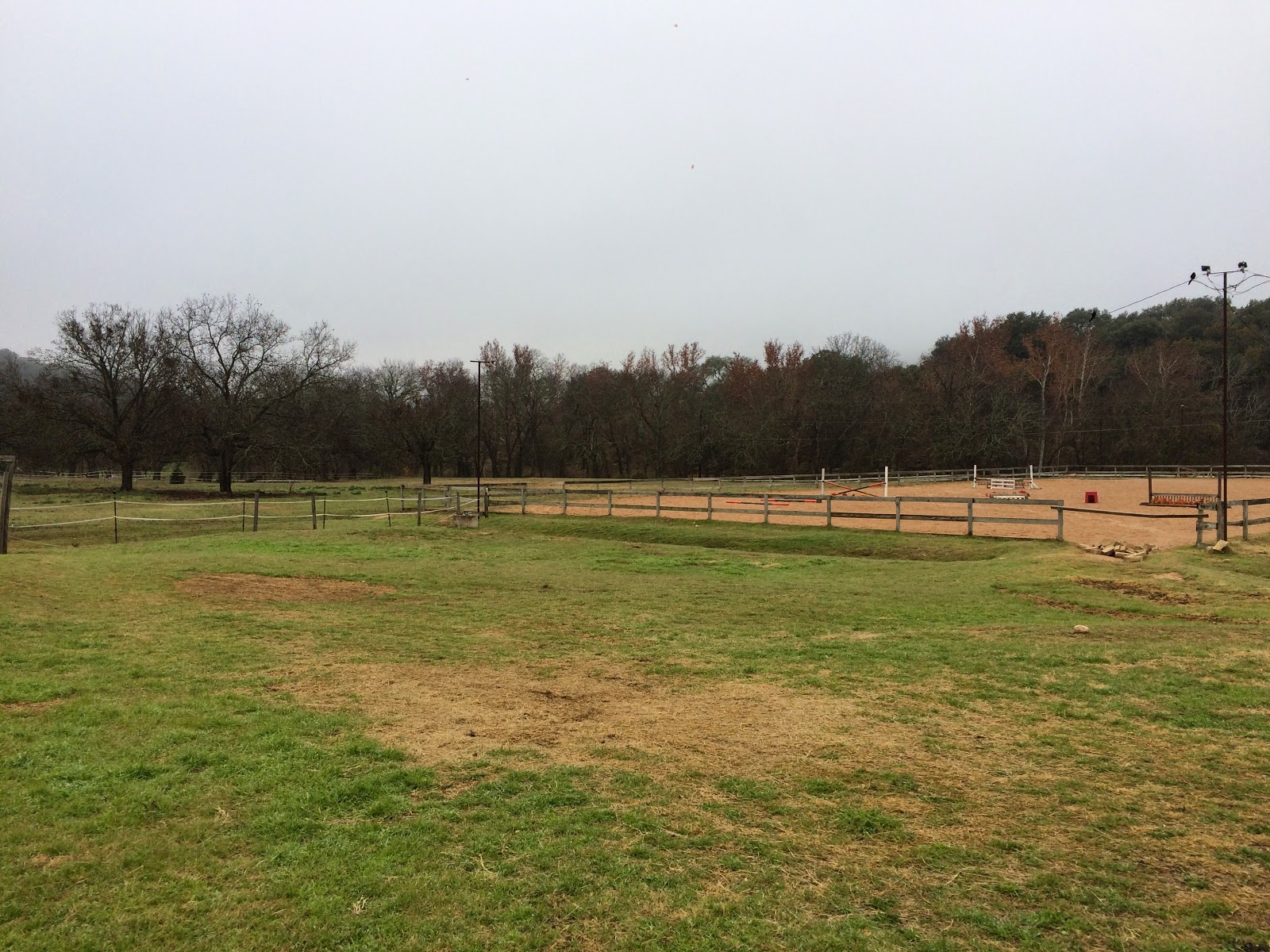 The first day there I might have gone out three times just to check on them. Obsessive?  Maybe, but it’s FOUR MINUTES AWAY. Try not to be green with envy.

2. Chronicle of the Horse (part a)! In November, COTH reached out to me regarding writing an article about WEF from a working amateur perspective. After much consternation over each word written, I turned in my article at the end of December. I really think they It’s due to be included in the January 19th printed issue, and will also be online. They’re even including pictures of me and DC competing. He’ll be like, famous and stuff. Just don’t tell him, he already thinks he’s hot enough stuff.

3. Chronicle of the Horse (part b)! In addition to the article, COTH has asked me to be featured as a regular blogger for their “voices” section of the website. It’s an incredible honor that they asked me to participate. I believe that anything I write will be posted both here and there, but let’s just guess what will get more reads??! Ha.

4. WEF 2015! Hold your breath, knock on wood, cross your fingers, and any other superstition you can add in for no soundness, colic, suicidal horse issues, and we are headed back to WEF for four weeks in 2015. Not only that, but DC will have some company in the form of a big black horse named TJ. The Adventures of Yin and Yang will be the title of my best-selling book, sounds like a winner right?

5. Time Warps! I’ve decided the best way to finish out my 2014 show year is via time warps. If one shows up, know that it is likely something that I did ages ago. Perhaps the 6 month perspective on THE WORST TRIP HOME FROM COLORADO EVER KNOWN TO MAN will be beneficial. No, actually maybe not.